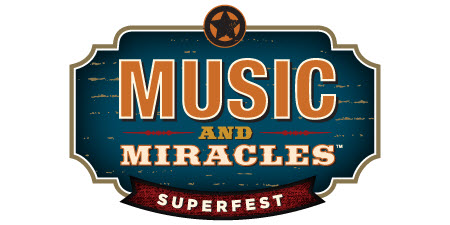 On April 22, 2017, the Music and Miracles Superfest will return to Jordan-Hare Stadium to benefit the Chicken Salad Chick Foundation. All proceeds fuel the foundation’s mission – “Fighting Cancer and Feeding the Hungry.” This is great chance to party with thousands of the biggest country music fans and support a great cause at the same time!

Kevin Brown was diagnosed with stage-four colon cancer in November 2013, and it sparked a vision. Brown and his wife, Stacey, co-founders of Chicken Salad Chick, developed a passion for funding cancer research and feeding the hungry.  By blending his passions for music and helping others, the first ever Jordan-Hare Stadium concert was held on April 23, 2016. It took 21 months and lots of effort, but it was the biggest thing that Brown wanted to do. The inaugural year attracted a crowd of 50,430 screaming fans and the goal is to make it happen again this year!

“I’m thankful for this amazing opportunity to play music for a good cause, especially in a venue like Jordan-Hare Stadium” – Kelsea Ballerini

“ My favorite part about Music And Miracles is the people that organize the event. They are so easy to work with and they make my job even more fun!” – Blake Shelton

“It’s been a pleasure to get to share the stage with my dad, Rhett. It’s not every day that you get to make memories like that. ” – Thomas Rhett

Visit the websites for more information